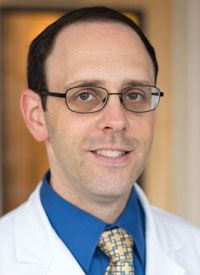 “Patients with pancreatic cancer need more and better treatments,” said study lead author Andrew L. Coveler, M.D., of the Fred Hutchinson Cancer Center in Seattle and the University of Washington School of Medicine. Stated. on live®“The combination of SEA-CD40, pembrolizumab, gemcitabine and nab-paclitaxel performed well compared to historical controls, indicating that immunotherapy may one day be a treatment for patients with pancreatic cancer.” I have.”

The ongoing single-arm SGNS40-001 trial is investigating SEA-CD40 alone and in combination with gemcitabine, nab-paclitaxel and pembrolizumab in patients with PDAC. Preliminary data in quadruplicates in this population show an acceptable side effect (AE) profile and evidence of immune activation.

Eligible patients must have treatment-naïve cytologically or histologically confirmed metastatic PDAC measurable according to RECIST v1.1 criteria, ECOG performance status (PS) ≤1, liver, kidney, and Patients 18 years and older with adequate hematologic function are included. Patient may have received prior adjuvant or neoadjuvant therapy for non-metastatic PDAC if she had fully completed this treatment for >4 months before receiving SGNS40-001 treatment .

Patients received gemcitabine at 1000 mg/m2 and 125 mg/m2 nab-paclitaxel2 SEA-CD40 at 10 μg/kg or 30 μg/kg on days 1, 8, and 15 on day 3 of each 28-day cycle, plus 400 mg pembrolizumab every 6 weeks beginning on day 8 of the first cycle A total of 18 pembrolizumab treatments. Continued treatment was permitted in patients who experienced ongoing clinical benefit. During treatment, the investigator performed response assessments every two cycles of her from her Day 22 to her Day 28. Response assessments were also performed 30 to 37 days after the patient’s last dose of study treatment and every 12 weeks thereafter.

Patients had transient increases in circulating cytokines and chemokines in peripheral blood associated with post-treatment immune activation and trafficking. It also increased activation of peripheral natural killer (NK) cells and her T cells. The researchers observed a similar incidence of cytokine induction in a patient who received SEA-CD40 monotherapy 4 hours after her SEA-CD40 infusion.

Regarding safety, infusion-related reactions were the most common SEA-CD40-related AEs (Grade 1-2, 56%; Grade ≥3, 8%). All patients received mandatory her H1 and H2 antihistamines, ibuprofen, acetaminophen, and investigator-selected antiemetics before starting study therapy. All patients had a controlled infusion rate.

“SEA-CD40 in combination with gemcitabine, nab-paclitaxel, and pembrolizumab has an acceptable safety profile. The evidence of immune activation in this study was consistent with the proposed SEA-CD40 mechanism of action.” ,” the study authors concluded in a poster.