This year’s Yuyuan Lantern Fair has gone viral online. So what awaits in the Year of the Rabbit?

The theme of the 2023 lantern show is “The Magical Adventures of Mountains and Seas”, also known as “Mountain Inspired by the Scriptures.

Lanterns inspired by the “classics of mountains and seas” are on display in Yu Garden.

The iconic zigzag bridge has been transformed into a fairy-tale land with charming mythical creatures from the book. Shine. The white deer is a symbol of longevity and auspiciousness, and is characterized by its splendid horns and blinking eyes.

Visitors can use their mobile phones to interact with the augmented reality-embedded lanterns. Dragons and other creatures come to life and fly through virtual reality.

During the reign of Emperor Zhu (1368-1644) of the Ming Dynasty, the annual lantern fair was the biggest cultural event during the Spring Festival. The main lantern was called Giant Aoshan, or Turtle Mountain. Consisting of hundreds of small lanterns, it was an important attraction of the festival at the time.

At this year’s Yuyuan Lantern Fair, that spectacle seems to have returned. 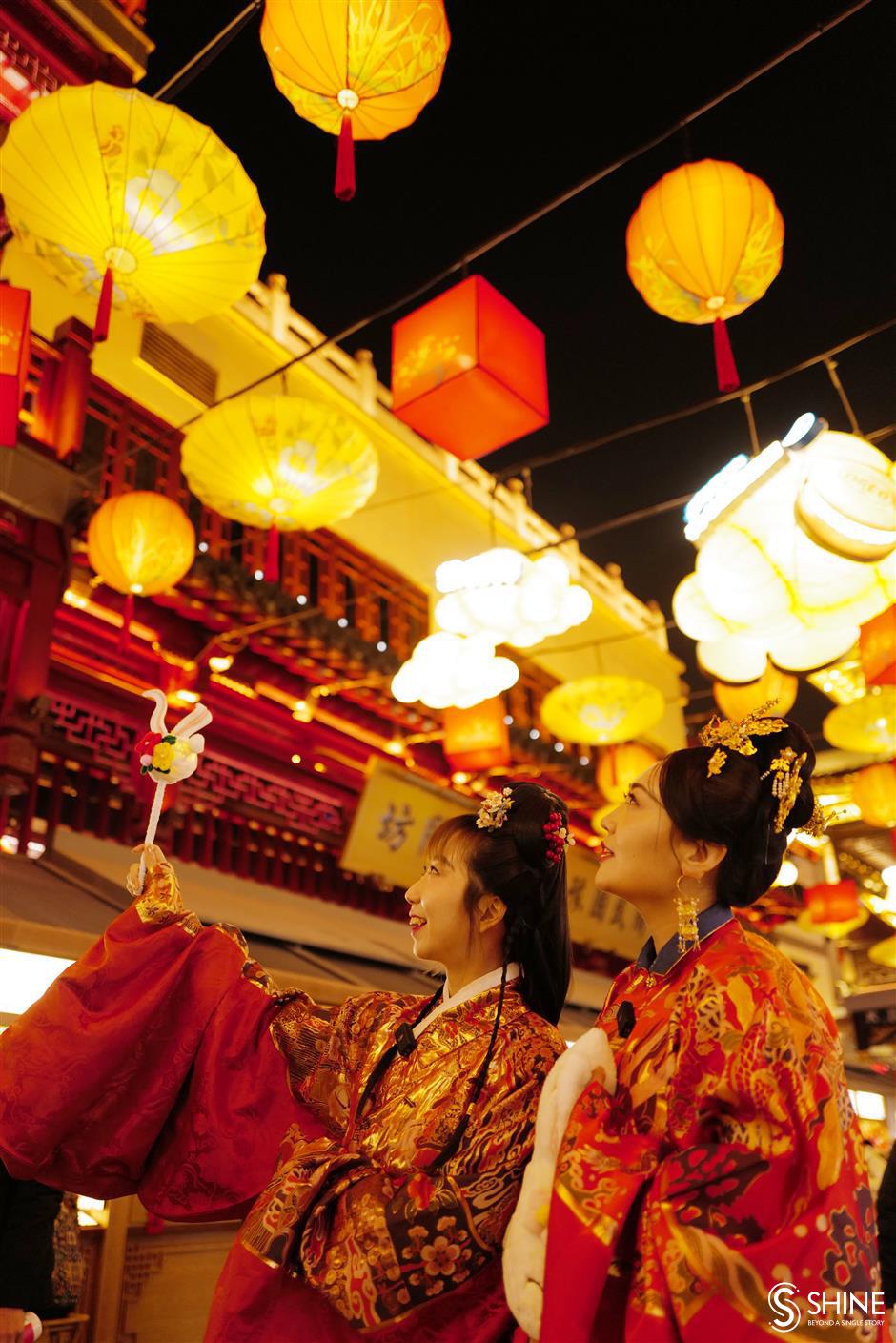 The central square’s main attraction is the giant rabbit lantern, dressed in the style of the Flying Apsaras depicted in the murals of Dunhuang, performing a legendary dance and passing by like a fish-bird hybrid. Visible mythical beast Kung Pen is flying. The lights and colors change, creating a fantastic scenery.

The five auspicious beasts of rabbit, magpie, dog, tortoise, and bat are drawn on the lanterns of the Golden Plaza, and a band is playing. In Jiangnan (the area south of the Yangtze River), there is a legend that if five people succeed in life, the family will have talent. 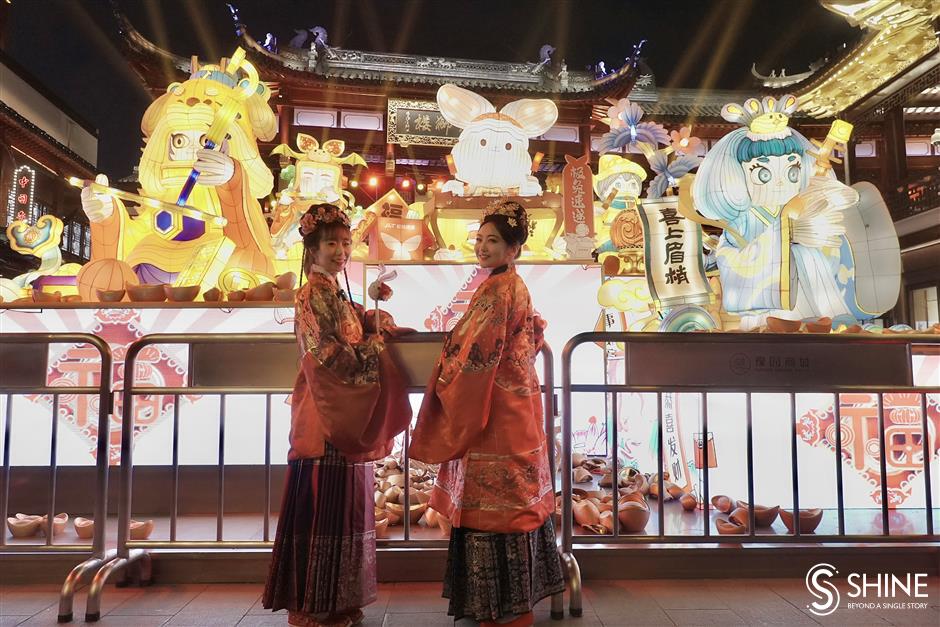 A group of gorgeous carp lanterns jointly produced by Yuyuan Gardens and the Shanghai Museum are on display in Yuyuan Old Street.

Highlights include nightly activities that recreate the grand lighting ceremony of the ancient Lantern Festival. When you touch the glowing mirrors of the lanterns, the entire Yuyuan Garden instantly converges into a sea of ​​bright lights.

In traditional Chinese culture, the lantern fair is not just about lanterns. Meeting new friends, solving lantern riddles, and trying festive foods are all fun ways to enjoy the event. 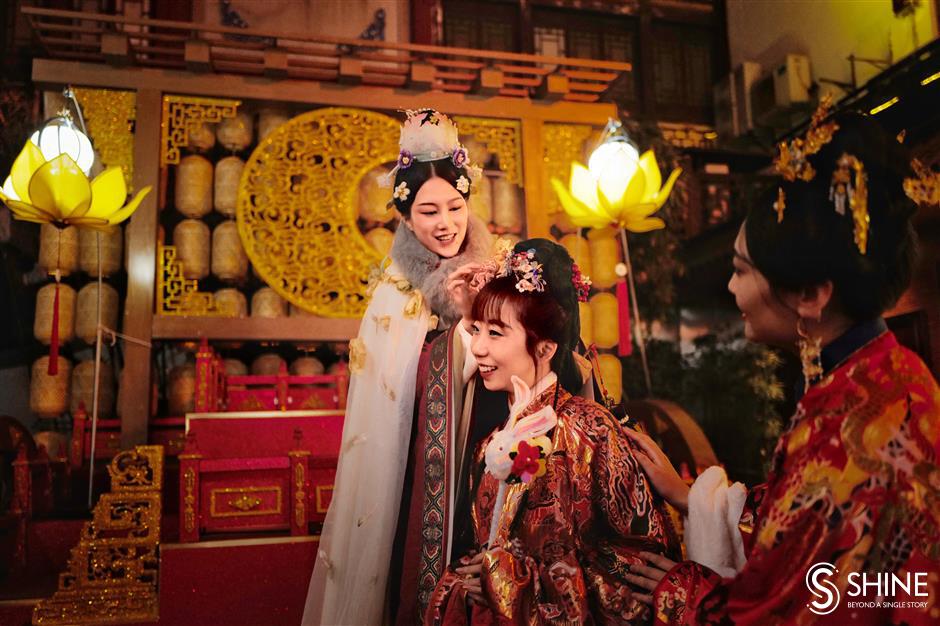 A rabbit fairy with fluffy ears, a scholar with a traditional Chinese wooden bookcase, a rabbit fairy in a flower dress, Five actors roam the city this year – ancient hawkers with rabbit hats and lanterns, and generals in helmets and armor. Find them and participate in fun interactive games. 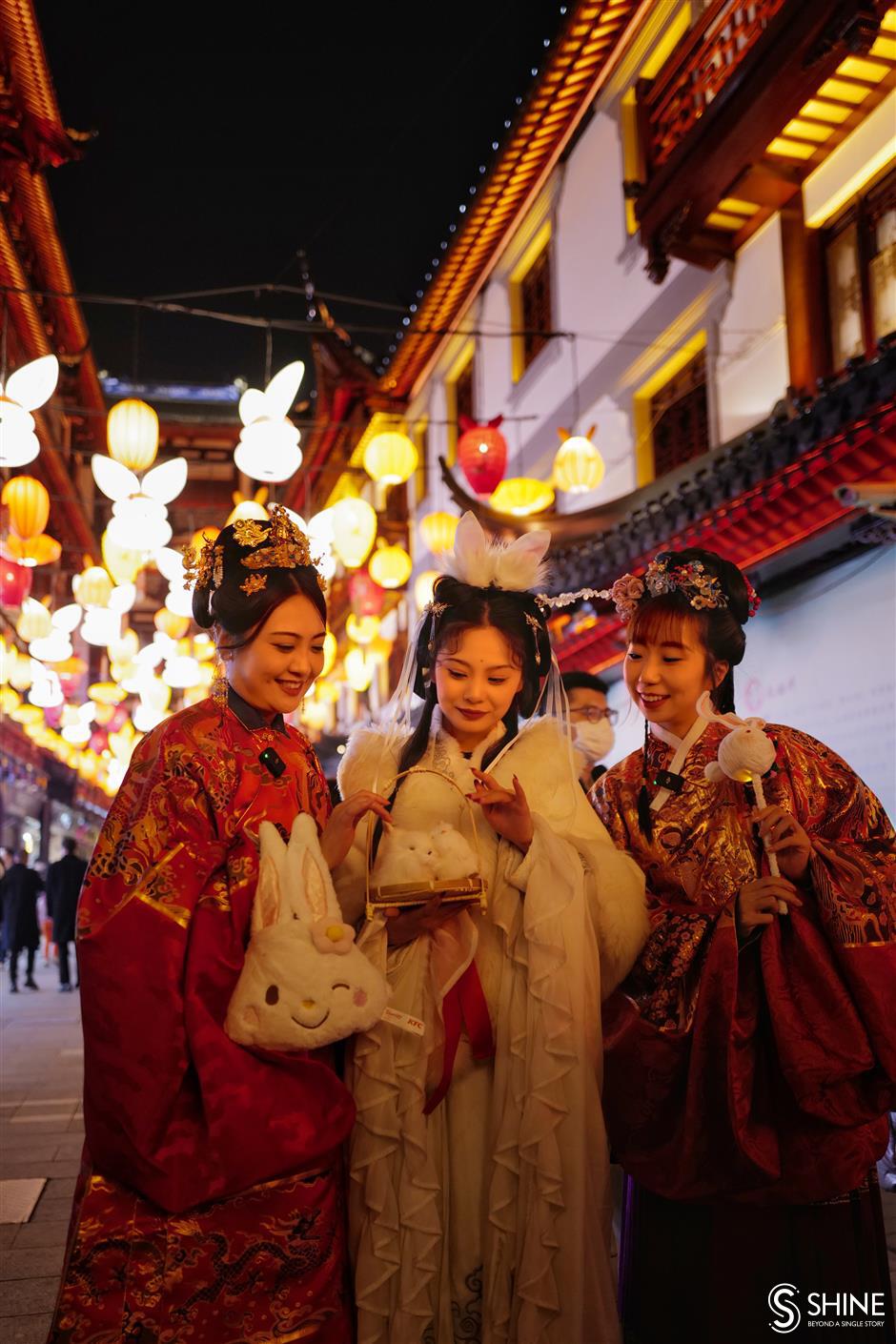 The most popular character would be the Scholar who pulls out a book of lantern riddles when you bump into him.If your answer is correct, you get a lucky character debt (Fuku) As a New Year’s gift.

Academics are wondering at the fair.

The specially designed moon rabbit lantern sold by the peddlers has been well received by visitors and sold out in the first week.

There are rabbit-shaped paper lanterns all over the venue.

There are more lantern riddles on the street near the Shanghai Pear Confectionery. Guessing answers, sending wishes, and releasing flying lanterns is a lot of fun, just like ancient people did hundreds of years ago. Today we are doing the same thing, but in the metaverse. Just scan the QR code.

ask for blessings?Go find a giant red lantern with gold lettering The (Lucky), on Wenchang Street near Exit 8, there is a New Year lucky draw next to it.

Ring the bell for good luck. 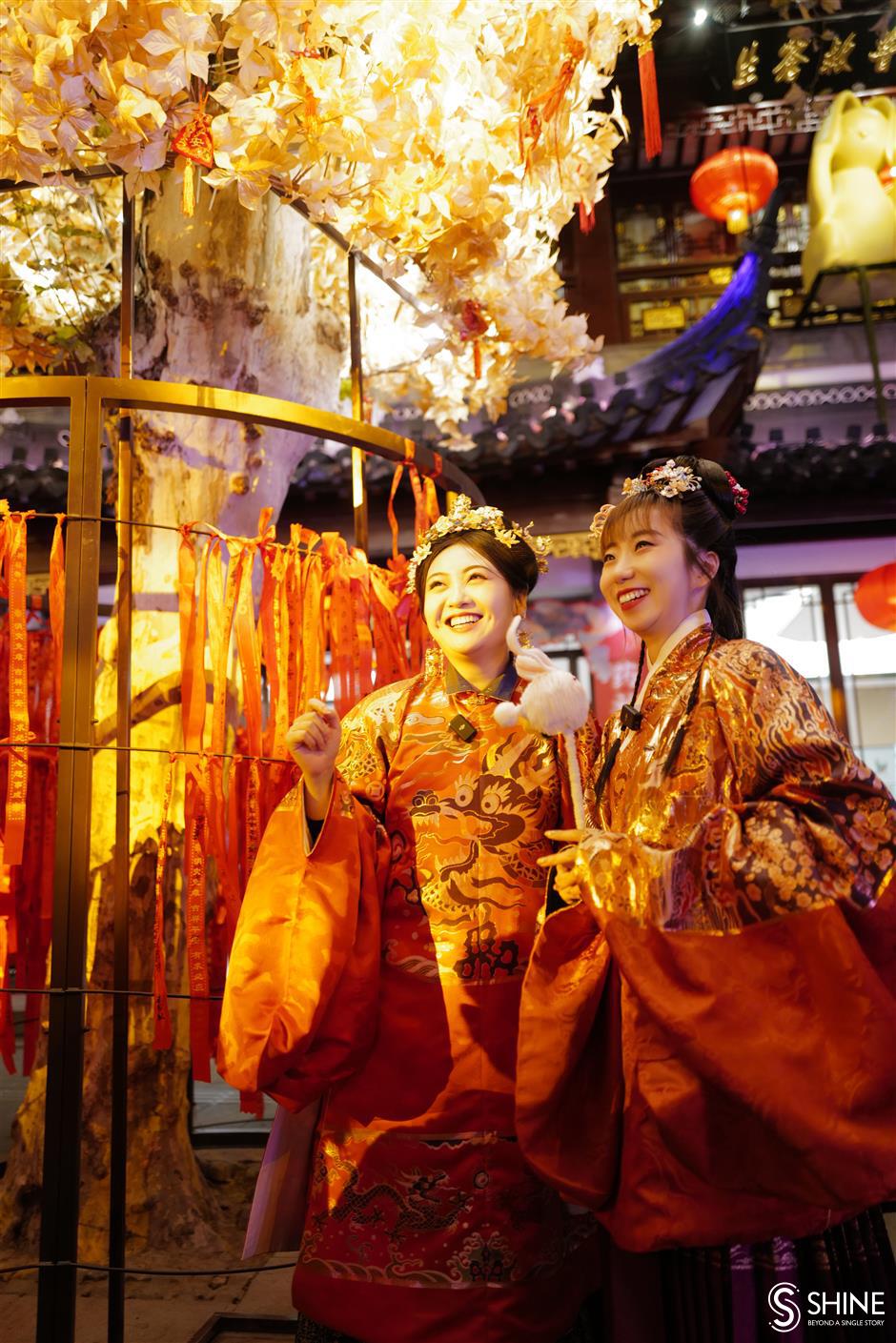 As a tradition, if you write down your New Year’s wishes and tie them to the “lucky tree”, your wishes may come true.

The annual Lantern Fair runs through February 15, with traditional festivals that require tickets from January 22-28 and February 1-5.

As a hidden gem, a mini lantern fair is being held at the “Jade Dream Miniature World Shanghai in Wonderland” in Tianyou Mansion. In the exhibition, the Yu Garden and City God Temple are restored on his 80-square-meter giant table, based on paintings from the era of Emperor Qianlong (1736-1796) of the Qing Dynasty (1644-1911).

Admission: Free (except January 22nd to 28th and February 1st to 5th)